This will sound a bit like a confession …It is 11 days since my last submission and here is my news! This time it is not all good news for me.

I awoke on Friday 13 February to receive a Skype call from my brother Pete who informed me that during the night my dear niece Emily had taken her life to the next level. Despite the fact that she had been troubled for several years the news came as a great shock to me. I can only imagine how helpless her parents must have felt through it all. 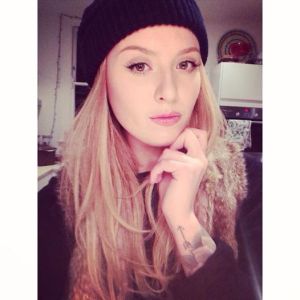 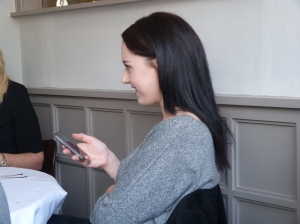 I remember visiting Emily within days of her birth, a trip the person I married forbade at the time because she didn’t want me to have contact with my family! She was the first of my nieces and we loved her to bits as we do all the subsequent children. At the age of 21 she was beautiful yet fragile in some ways. She now breathes with God and will no longer be anxious, hearing only the voice of peace.

Being thousands of miles away at times like this is not easy. You just want to hold those you love for words can often get in the way. Skype offers some substitute but it can be temperamental and it chose to be that just when I needed it most. At work less than an hour after the news I found myself playing for another funeral. The small group of mourners must have thought me unduly compassionate as I blubbed quietly through much of it! Fr Rock one of the priests here was true compassion as so many have been over here in Florida.

St Francis says something that in consoling we are consoled. So I sought to console others with my music in the hope that I would be rewarded similarly. I will travel to UK on Thursday for the funeral which is on Monday. I also hope to attend the funeral of Paul Reed, my old music teacher, the following day.

Funerals have featured greatly here. There have been some which were delayed by over an hour because the number of mourners wishing to pay their respects prior to Mass was so great. there are also those as I detailed above at which there were only six in attendance. Yesterday I played and sang for the ffuneral mass of one with a significant contribution to Tampa city. He had been in charge of the FBI, VP of the Yankees and many other responsibilities foremost of which was to his family. The carefully crafted eulogy from his grand-daughters will remain with me. The Bishop also popped in to be chief celebrant.

The biggest night in the parish social calendar was last Saturday as hundreds gathered in the Higgins Hall for a ‘Carnevale di Venezia’ a kind of Masked Ball. I felt quite under-dressed in a suit!. I understand that a vast amount of money was raised through it all.

This week also marked the beginning of Lent. On ash Wednesday there must have been over 1000 people at the 8.30am Mass. The other noteworthy thing was that since the air-conditioning in the church is being replaced all the liturgies are taking place in Higgins Hall! This means quite a bit of disturbance all round. We should be back in the church by Saturday 28 February.

Today I had my first tooth extraction. It is now noon and the pain has not kicked in yet. I’m starting with ibuprophen before relying on the hydro-codeine. Hours before I fly to UK they will do a CT scan and fit the partial tooth. It will be months before the bone graft will be strong enough to take the implant. It will also be months before my bank account recovers from the amount of dental work I need to be done.

This last week the weather that has been hitting the north has affected even Florida. We don’t get snow but last night the temperatures plummeted to 23F. Now it is sunny at 48F and by Sunday this will be 81F The fluctuation is amazing and we had terrible storms on Tuesday! But I’d have to admit that today it is as cold as I have experienced here.